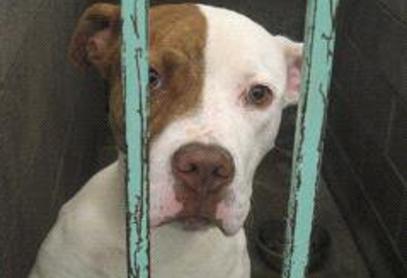 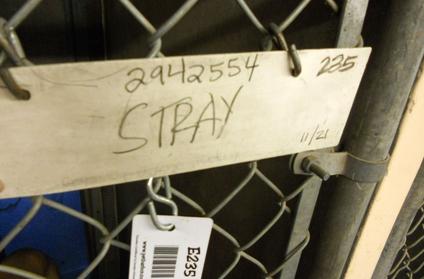 Once a stray dog or cat enters our local county shelter center, he/she is held for a minimum of 72 hours in the hope of finding the owner. If the dog is wearing a current Maricopa County license, the shelter will attempt to contact the owner and hold the animal for up to five days (three days for an expired County license).Once the holding period is up, the animal's health and temperament are evaluated to determine eligibility for adoption. Once an animal is deemed adoptable, there is no set time period that he/she is held for adoption. The time frame is based solely upon the availability of space at the county shelter and the continued health and temperament of the animal. Meaning, if they become sick or they begin to become depressed, stressed etc. their time could be less and they could go on the euthanasia list quicker.

If the dog's owner is not found or the owner does not find their dog in time (72 hours), the dog is evaluated to determine eligibility for adoption. If the dog fails the series of tests, they are then deemed un-adoptable and placed on the euthanasia list.

When a dog is deemed un-adoptable to the general public, they are placed on the euthanasia list, rescue groups can then rescue these dogs before their time is up. Many dogs on the euthanasia list, are just scared, shy, stressed, have a cold or need some minor type of medical help. But, not ALL DOGS ARE RESCUED!! because rescue groups simply don't always have space (meaning no place to put the dog, lack of foster and/or no facility) PLEASE consider fostering, fostering saves lives! If you would like to foster, this would help rescues save lives.

The bottom line is:

MANY wonderful! amazing, loving, outgoing, trained, and healthy dogs are brought into the shelters either as strays, or given up by their owners. Many wonderful dogs will fail the shelter evaluation tests and the dog is never even put up for adoption and then they are euthanized simply because they may have been stressed in the shelter environment.

MANY dogs/animals are euthanized at the shelters simply because their time was up due to lack of space and not enough people coming to adopt.

Spay and Neuter your pets, unplanned litters only contribute to the over pet population.