Should being a spectator also be a felony?

Yes. Spectators provide much of the profit associated with dogfighting. The money generated by admission fees and gambling helps keep this "sport" alive. Because dogfights are illegal and therefore not widely publicized, spectators do not merely happen upon a fight; they seek it out. They are willing participants who support a criminal activity through their paid admission and attendance.

Do some states already have felony laws?

Why should dogfighting be a felony offense?

There are several compelling reasons. Because dogfighting yields such large profits for participants, the minor penalties associated with misdemeanor convictions are not a sufficient deterrent. Dogfighters merely absorb these fines as part of the cost of doing business. The cruelty inherent in dogfighting should be punished by more than a slap on the wrist. Dogfighting is not a spur-of-the-moment act; it is a premeditated and cruel practice.

​Those involved in dogfighting go to extensive lengths to avoid detection by law enforcement, so investigations can be difficult, dangerous, and expensive. Law enforcement officials are more inclined to investigate dogfighting if it is a felony. As more states make dogfighting a felony offense, those remaining states with low penalties will become magnets for dogfighters.

Dogfighting is a sadistic "contest" in which two dogs—specifically bred, conditioned, and trained to fight—are placed in a pit (generally a small arena enclosed by plywood walls) to fight each other for the spectators' entertainment and gambling. 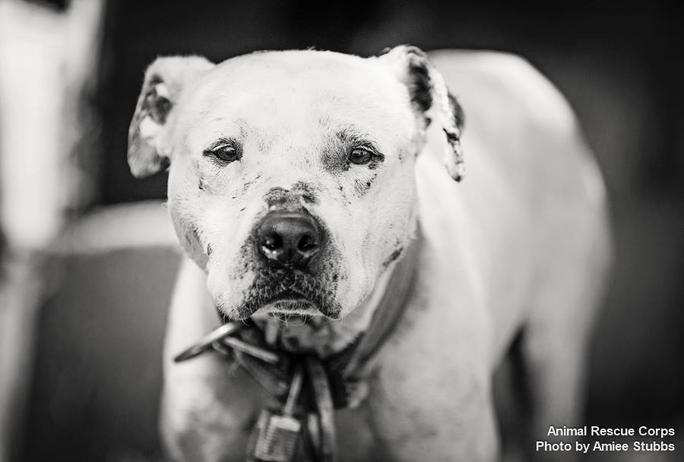 “Man’s best friend” may fight to the death in dogfights, often with tens of thousands of dollars at stake. Dogfighters sometimes kill the losing dogs, and even winning dogs may die from their wounds. Police often discover drugs, guns, and even murder in connection with dogfights.

Dog fighting, which is appropriately called a blood-sport, is the actual pitting of two dogs against each other in a pit or a ring to fight for the entertainment of the spectators. The dogs, usually pit bulls, literally bite and rip the flesh off of one another while the onlookers cheer, scream, and place bets on which dog will win the match. After the fight, both dogs are critically wounded, often with massive bleeding, ruptured lungs, broken bones, and other life threatening injuries. Generally, the loser of a match dies or is killed, unless he has any salvage value to his owner. When dogs are killed after a match, it is not done by humane euthanasia methods, rather the animals are shot, beaten, or tortured. The animals that survive generally never see a veterinarian, regardless of the gravity of injuries or the amount of suffering that the animals will have to endure.